AMTV, LOS ANGELES, CA, July 7, 2021—The Academy Museum of Motion Pictures announced today that timed advance admission tickets will be available beginning August 5, 2021 at 9am PDT at academymuseum.org and on the museum’s new app for iOS and Android. Opening on September 30, 2021 in Los Angeles, the new museum will be the largest institution in the United States devoted to exploring the art and science of movies and moviemaking.

“I know everyone involved in developing and opening the Academy Museum shares in my tremendous excitement at finally being able to invite the community in to explore our exhibitions and programs,” said Bill Kramer, Director and President of the Academy Museum of Motion Pictures. “We are deeply grateful to all of our supporters who helped to bring us to this milestone and to the Hobson/Lucas Family Foundation, whose support in honor of Academy Museum Honorary Trustee Sid Ganis has made it possible for us to offer free admission to visitors 17 and under.”

General admission tickets for the museum’s exhibitions—Stories of Cinema, Hayao Miyazaki, The Path to Cinema: Highlights from the Richard Balzer Collection , and Backdrop: An Invisible Art—will be $25 for adults, $19 for seniors (age 62+), and $15 for students. Admission for visitors ages 17 and younger and California residents with an EBT card will be free. The Oscars® Experience—an immersive simulation that enables guests to feel as if they are walking onto the stage at the Dolby Theatre in Hollywood and accepting an Oscar®—will be accessed via a separate $15 ticket. A general admission ticket is required to access The Oscars ® Experience.

Museum members will receive complimentary general admission for unlimited visits and priority admission. Visitors can learn more about membership benefits, which include a 10% discount in the Academy Museum Store, exclusive members-only advance film screenings, and access to a ticket presale, by visiting the museum’s website.

Tickets will only be available through advance online reservations via the Academy Museum’s website and the museum’s new app, which is launching August 3. The museum’s public spaces are all accessible to visitors without a general admission ticket. These include: the Walt Disney Piazza and the Academy Museum Grand Lobby, which houses the Spielberg Family Gallery, Academy Museum Store, and Fanny’s restaurant and café.

This summer, the Academy Museum will announce its inaugural public programs, film screening series, and how to register for these events. Details about the museum’s app, supported by Bloomberg Philanthropies, will be announced as well.

Directions and Parking
The Academy Museum of Motion Pictures is located at 6067 Wilshire Boulevard (at the corner of Fairfax) in the Miracle Mile district of Los Angeles. The museum’s Roddenberry Lane offers a convenient rideshare drop-off and taxi access point located at the museum’s Fairfax Avenue entrance. Bike racks are available on the museum’s campus. The Academy Museum is accessible by various bus routes (see metro.net ). The Purple Line Wilshire/Fairfax Metro station is scheduled to open by 2023. Public parking for the Academy Museum is available nearby at LACMA’s Pritzker Parking Garage (off 6th Street), at the Petersen Automotive Museum (just south of Wilshire Boulevard), and at other parking garages in the area. 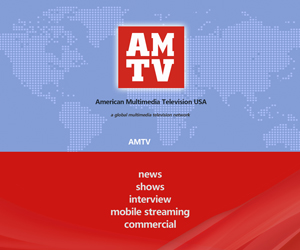